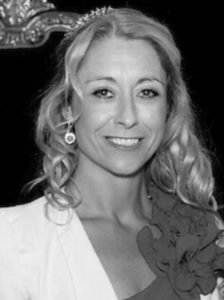 Deirdre Masterson currently acts as Performing Arts Dean for Irish American University and director of The Irish College of Music Theatre, leading the introduction of Music Theatre into the Irish institution’s suite of educational offerings. Ms Masterson has an extensive background in performance- opera, operetta, recital, concert and recordings to critical acclaim.

A native from Gorey, Co. Wexford, Deirdre started her music studies at a young age in the Wexford School of music under the direction of Alan Cutts. She made her Wexford International Opera Festival debut at the tender age of twelve playing the part of the “spirit,” in Purcell’s Dido and Aeneas. Deirdre received a full scholarship to study opera and drama at third level with Dr. Veronica Dunne and graduated from DIT with an MMus. She made her professional operatic debut with Opera Ireland at eighteen playing the parts of “Sandman,” and “Dewfairy,” in Humperdinck’s Hansel and Gretel. She has many awards and accolades to her credit including the title of being the youngest singer ever to win the Gervase Elwes award at Feis Ceoil Dublin and winning a scholarship to study with the renowned Wagnarian soprano Astrid Varnay in Munich. Deirdre is a seasoned concert artist performing from our National Concert Hall to Carnegie Hall to critical acclaim.

A founding member of “The Irish Sopranos,” Deirdre has performed to sell out tours on both sides of the Atlantic over the last decade and enjoyed chart success with both their album releases “A Time for Us,” and “Believe.” Deirdre is a featured artist on many recordings including “Faith of our Fathers,” “Who fears to speak,” and her own album entitled “My Song.”

Recently Deirdre featured on American College Dublin’s single release of Phil Coulter’s “Scorn Not His Simplicity” reaching Number 1 in the Irish iTunes charts where all proceeds were donated to Down Syndrome Field of Dreams project.

In 2011, Deirdre formed The Irish College of Music Theatre – Ireland’s first Musical Theatre College providing fully accredited third level courses in business partnership with Dublin Institute of Technology. The Irish College of Music Theatre (IMT), currently boasts operating successful branches at The National Opera House and home town Gorey, Co. Wexford, nurturing young talent wishing to audition for the profession and/or progress onto third level performing arts programmes. Further developments include the delivery of The Young Artists Programme in association with The National Opera House, which is a specially designed course for aspiring young Irish classical singers wishing to embark on an international operatic career. This chosen cohort will officially be presented in Wexford’s International Opera Festival 2020 Fringe Event. Another exciting addition to the institution is the launch of IMT’s Youth Production Company, commencing January 2020 aimed at 13-21 year students, presenting adaptations of ‘Mamma Mia’ and Guys and Dolls’ at The National Opera House.

Deirdre is a regular guest speaker and tutor to visiting institutions including Trinity College Dublin and very much enjoys performing in operas, concerts and recitals outside of her academic commitments. 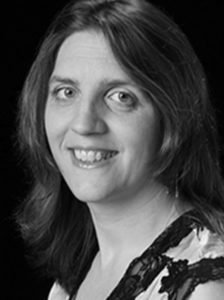 Dearbhla Collins is one of Ireland’s finest pianists. She is most well known as a song
pianist and performs recitals with singers such as Benjamin Appl, Patricia Bardon
and Tara Erraught. She also regularly works with Dame Ann Murray and Brigitte
Fassbaender. She has recently been appointed Assistant Head of Music at the
National Opera Studio,London and is the senior vocal coach at the Royal Irish
Academy of Music, Dublin. She has also coached in the Universität für Musik,
Vienna, in Zurich and the Beijing Central Conservatory. She is the founder and
Artistic Director of Dublin Song Series which puts on song recitals in Dublin at the
National Concert Hall and the Hugh lane Municipal Art Gallery.

Dearbhla is the Artistic Administrator of the Veronica Dunne International Singing
Competition, previous winners of which include Nadine Sierra, Fatma Said and William Thomas.

In October 2017 she was awarded an honorary doctorate for her services to music in Ireland from the National University of Ireland.

Owen Gilhooly studied with Jean Holmes at the Limerick School of Music and subsequently at the Royal College of Music and National Opera Studio, supported by the Arts Council of Ireland, the Belfast Classical Music Bursary, the RVW Trust and the Sibyl Tutton Trust.

He made his Royal Opera House debut singing Fauré Requiem for the Royal Ballet and in 2007 represented Ireland at BBC Cardiff Singer of the World.

Having had a significant career as a high baritone, his voice has now developed into the tenor range with focus on lyric repertoire including Macduff Macbeth, Don José Carmen, Lensky Eugene Onegin, Cavaradossi Tosca. Owen made his operatic tenor debut as Borsa Rigoletto for Opera Theatre Company.

He is currently pursuing Doctoral studies at the Royal Irish Academy of Music where he was recently appointed to the Vocal Faculty.

Current & future performances include Gaston La Traviata for Lyric Opera Productions,a return to the National Concert Hall with Irish Songmakers for ‘Songs of a Gypsy Life’ featuring music by Brahms, Dvorak and Haydn.

Beethoven Missa Solemnis with Oxford Harmonic Choir, Opera Gala at St John’s Smith Square for Irish Heritage, the opening gala of The Cork International Choral Festival 2018, Danilo The Merry Widow, Sun in the world premiere production of The Nightingale and the Rose at the Everyman Theatre, Cork and Borsa Rigoletto for Cork Opera House. 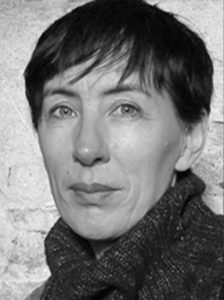 Shirley Keane is the founder and artistic director of Limerick based Opera Workshop. Since it’s inception in 2017 she has written and directed five shows collaborating with a core ensemble of Opera Workshop associated singers and instrumentalists.  Their most recent production was the site-specific ‘Abandoned’, comprised of short contemporary operas, at The Old Sailor’s Home, Limerick.

Having had training in both theatre and opera, at Rose Bruford College, Guildhall School of Music and the Royal Academy of Music, Shirley is a performer whose experience ranges from traditional and contemporary opera roles to mainstream theatre.  Shirley has written, produced and directed projects that involve community groups and professional artists and which incorporate any number of elements from spoken word to orchestral works.   She has devised site specific opera productions  at venues such as the Royal Festival Hall and the Courtauld Gallery, Somerset House, London.  As a performer, director, and facilitator Shirley has worked with companies as diverse as Opera Theatre Co., Opera Holland Park, Basingstoke Haymarket Theatre, Glyndebourne Opera, Live Music Now, Accademia Solti Te Kanawa, Newham Young Peoples’ Chorus,  Half Moon Young People’s Theatre Co., Theatre Venture, East End Opera and The Guildhall School of Music and Drama. 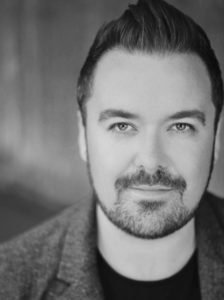 Irish born Tenor Ross Scanlon trained at the DIT Conservatory of Music and Drama where he was awarded the Michael McNamara Gold Medal of excellence in performance and at the Royal Academy of Music, London.

Ross sings widely in concert, his engagements including Alexander’s Feast, Messiah and The Creation with the RTÉ Concert Orchestra, Messiah at the Halle Festival, Germany, at the Handel Music Festival, Dublin, and with the Irish Philharmonic Orchestra, as well as performances with choral societies through the UK and Ireland. Other oratorio’s include Britten Saint Nicolas, Dvořák Stabat Mater, Handel’s Alexander’s Feast and Coronation Anthems, Haydn Die Jahreszeiten, The Creation and Missa in Tempore Belli, Mendelssohn Elijah and St Paul, Stainer Crucifixion, Mozart’s Vesperae Solemnes de Confessore and Coronation Mass Schubert’s Mass in B flat, Jenkins ‘The Armed Man – A Mass for Peace’ , Goodall Eternal Light – A Requiem (Irish Premiere), Goodall Invictus: A Passion (Irish Premiere)

Recent and future engagements include performing for HRH, Prince of Wales, with The Ulster Orchestra, Belfast, Tenor solo for the Irish Premiere of Howard Goodall’s Invictus: A Passion with Bray and Wicklow Choral Societies, creating the role of John Pyne for the World Premiere of Raymond Deane’s new opera Vagabones for Opera Collective Ireland and a solo recital of The John McCormack Songbook at the National Concert Hall, Dublin. Ross is a member of the Vocal Faculty at the American College, Dublin.

IMT to perform in Dublin with Deirdre Masterson & The Celtic Tenors

The Irish College of Music Theatre are excited [...]

The Irish College of Music Theatre is delighted to open [...]

IMT to perform in Dublin with Deirdre Masterson & The Celtic Tenors

The Irish College of Music Theatre are excited [...]

The Irish College of Music Theatre is delighted to open [...]